The Jackson FF is part of our Luxurious Touring series of camper trailers. It is a hard floor camper trailer with galvanised steel chassis, black or silver gloss finish, and independent trailing arm suspension.

Multiple slide out storage compartments make for easy stowage of all your camping accessories coupled with an Italian made 3 burner stove makes this one of the most practical forward folding camper trailers for sale today.

“Style, elegance and features you won’t believe for the price” That’s how owners of the Jackson forward folding camper trailer like to describe this model. With plenty of battery power, luggage rack, water storage, full size kitchen with European appliances, Jackson forward folding campers have all the pedigree you’d expect from MDC. Years of real life R&D, engineering and design coupled with the experience of the MDC team have brought together all the ingredients for a camper that has all the goods at a price you can afford. It’s your ticket to Australia’s most iconic destinations.

As one of the market leaders in campers and caravans in Brisbane and throughout Australia, there’s no one else you should trust for forward folding, rear folding or dual fold campers. When you choose from us, you’re guaranteed to receive a high quality camper with all the features and fittings. 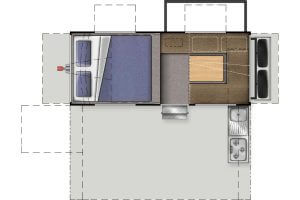 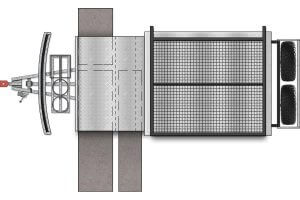 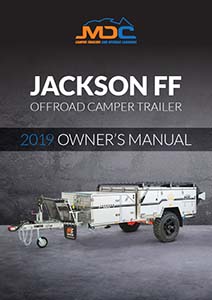 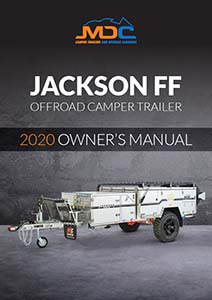 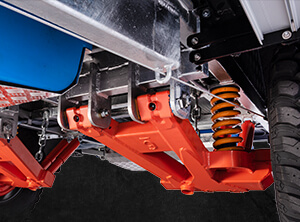 Excellent construction starts with excellent design. All MDC products are designed and engineered in Solidworks to ensure they are up to the task of your adventures. 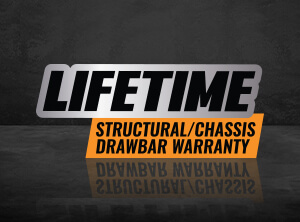 MDC have always been at the forefront of warranty protection and the lifetime structural chassis and drawbar warranty is among the leading warranty offers in the industry. 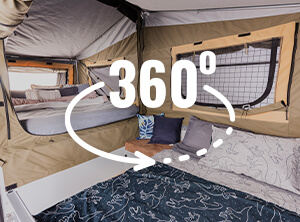 Want an up-close look and feel? Check out our virtual tour to get a better look of our MDC campers and caravans.

What does ISO 9001 Quality Certified mean? 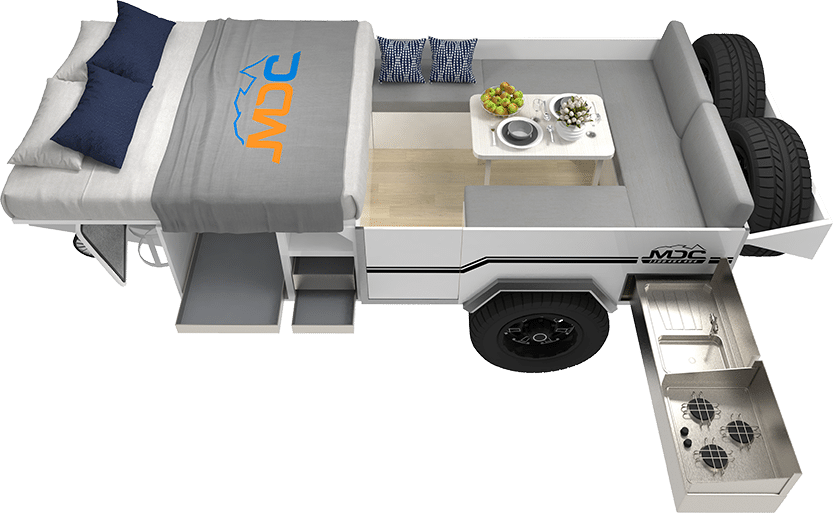 Please Note: Above 3D Floorplan is a representative pictorial of floorplan/layout only, please refer to actual product photos for design features and benefits. 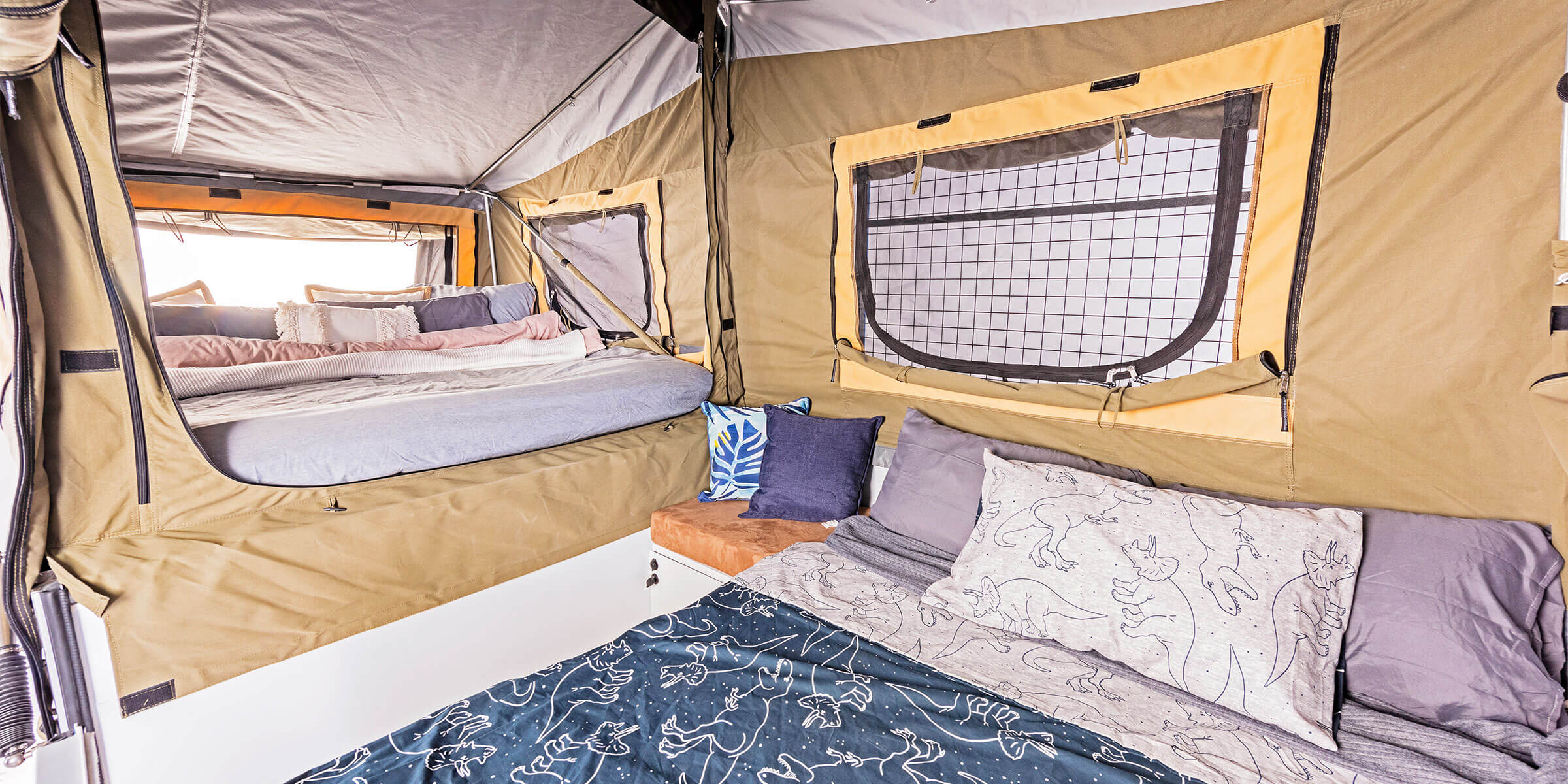 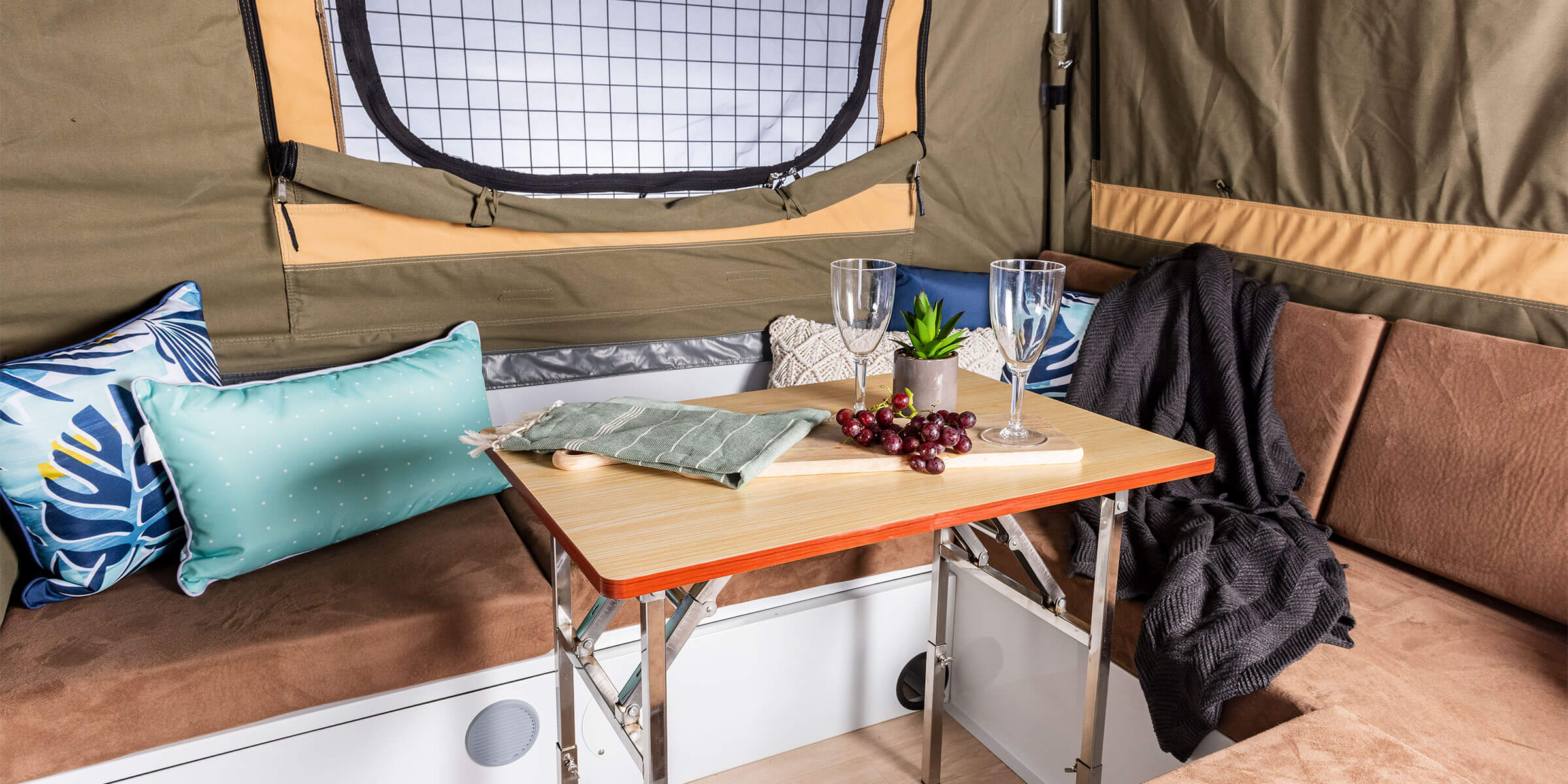 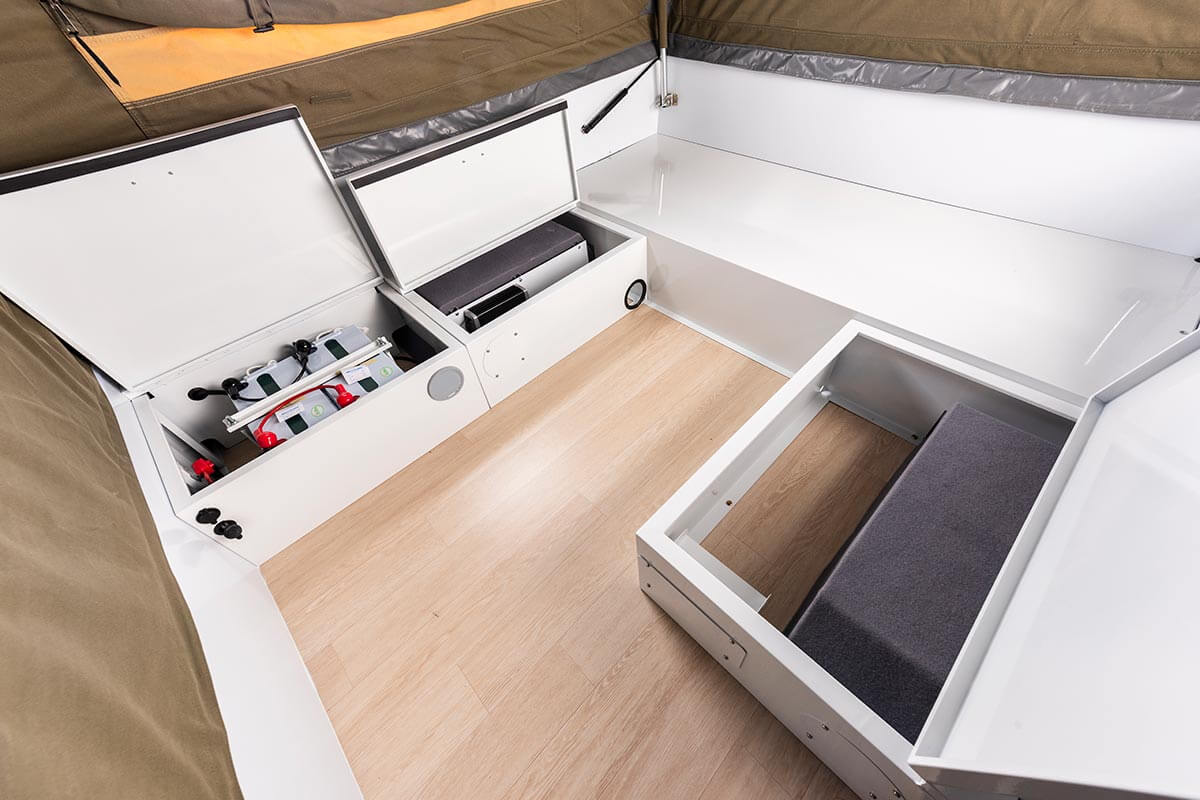 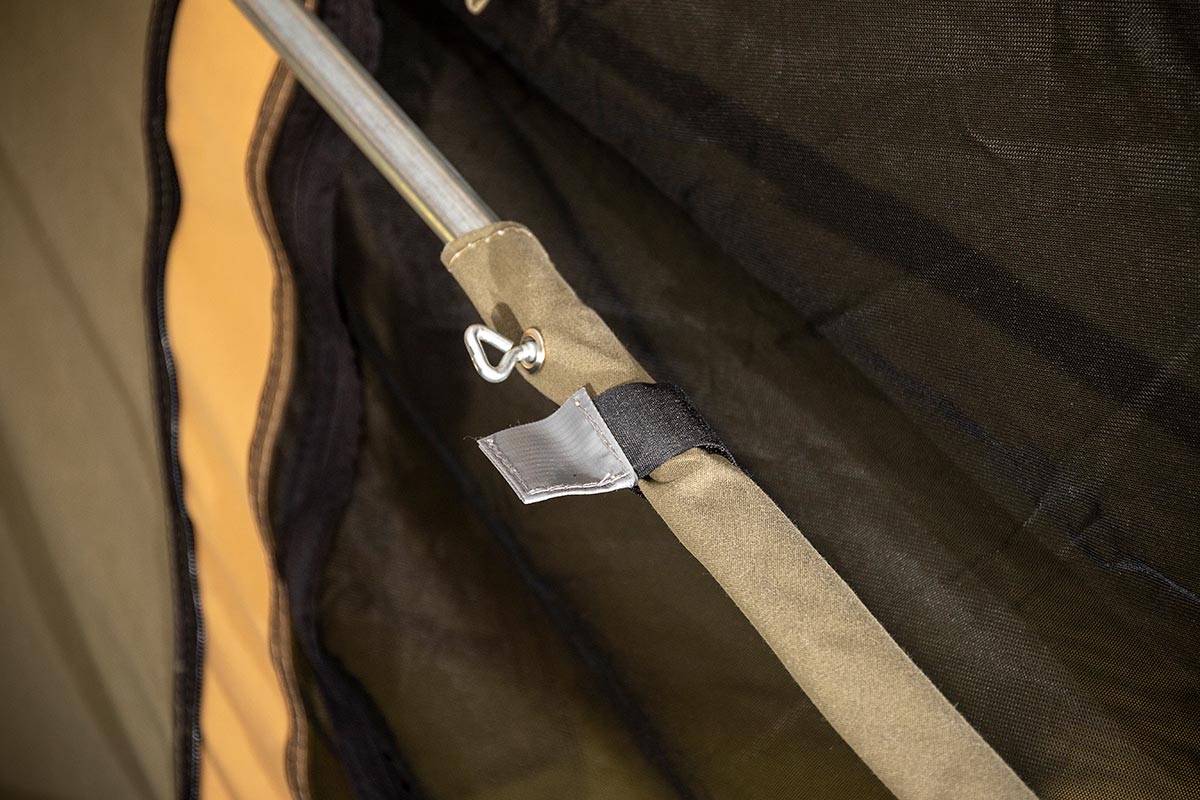 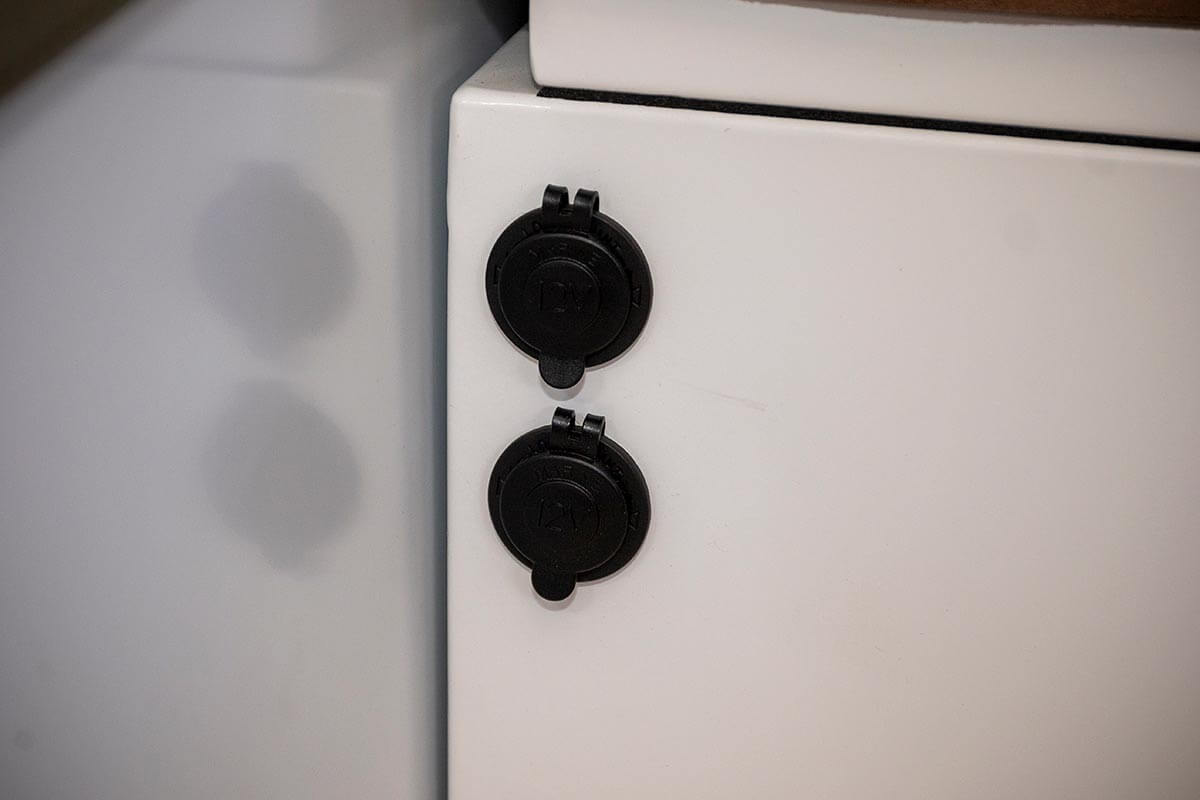 Inside the camper is a comfortable mattress for and luxuriously finished cushions for the lounge area that also convert to a second bed. Protecting you from the elements is the proven Sherpa close weave canvas that over the years has been proven to be durable and dependable. 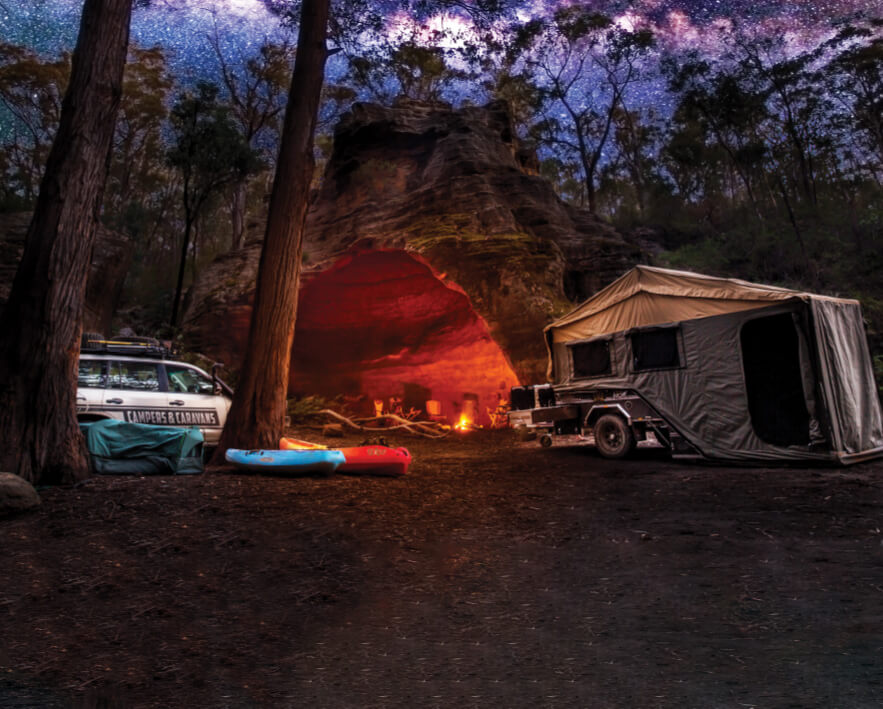 For the Jackson Forward Fold

The stainless steel kitchen has a quality 4 burner cooker, storage and a handy sink with plumbed water and gas. Dual spare wheels off confidence and protection when travelling the punishing outback and the handy rack ensures you can pack the extra gear, even a tinny or kayaks. 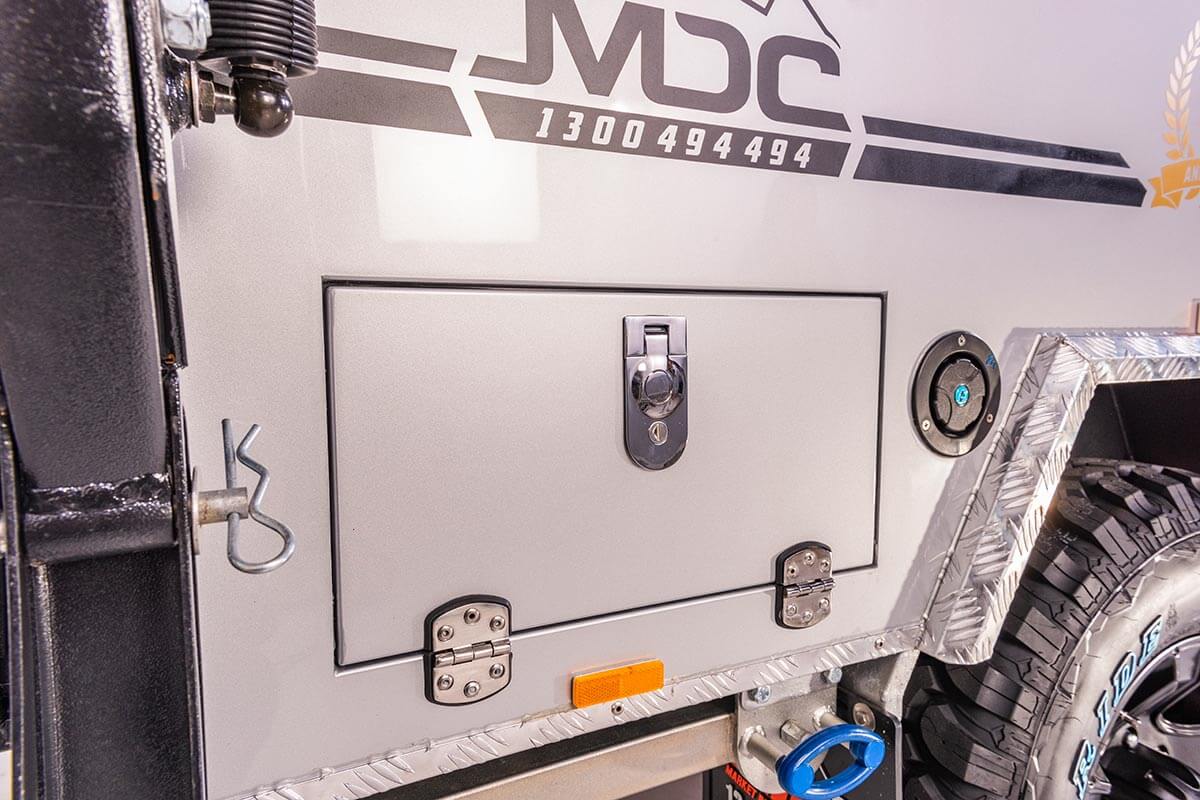 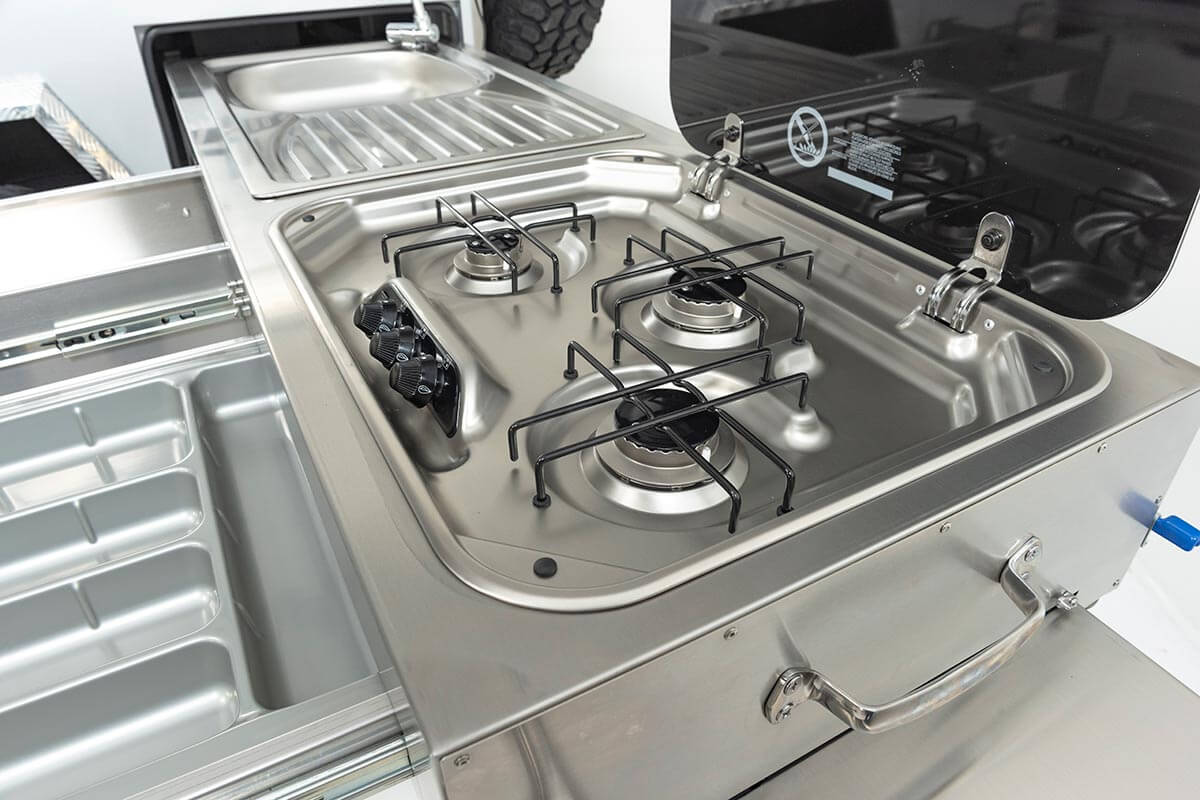 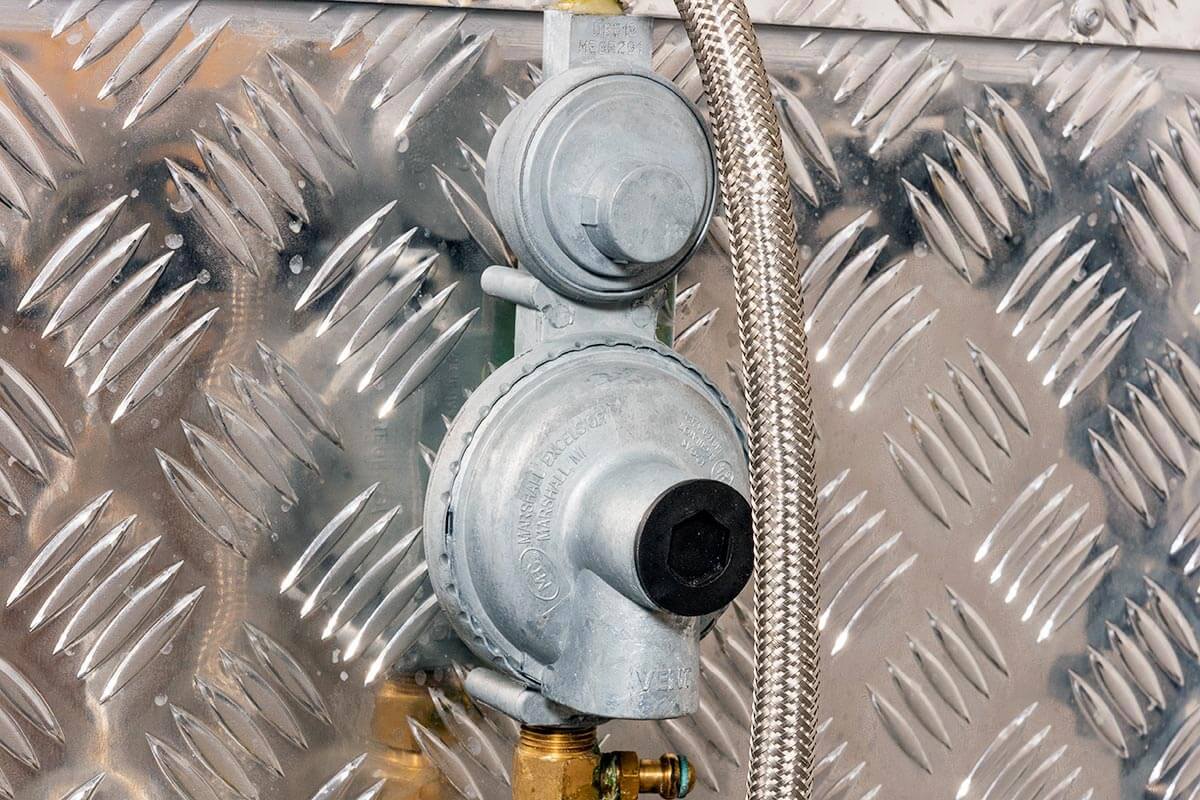 If popularity is a measure of success, the Jackson Forward Fold is a modern-day success story. Come and have a look why the Jackson is one of Australia's biggest selling campers.
Modestly priced, the Jackson boasts a range of features to take on campers over twice the price. Built on a fully engineered, hot dip galvanised chassis, the Jackson sports an off-road suspension package ready to take on the toughest the Aussie Outback can throw at it.

When you reach your destination, the Jackson is fast and easy to set up. And once inside, you'll be greeted by a full queen-size bed and a comfy lounge area that quickly converts to a cosy bed area for the kids. With creature comforts protected by MDC's heavy-duty close weave Sherpa canvas, you're guaranteed protection from the elements and long-term durability.

Standard features include a three-burner gas hob with plumed gas and water, as well as a handy sink. A 110-litre water tank will keep you self-contained longer, as will the two 100 amp deep cycle AGM batteries, powered by the Projecta seven stage charger. Up front is a large storage area with built-in fridge slide with 12-volt power ready to plug and play. Pole storage and handy pantry drawers make a great storage solution.

Being one of the most refined and developed Forward Fold campers on the market and priced within reach of the average Aussie, the Jackson Forward Fold is certainly a crowd favourite.

"A great product and great sales staff. I love my Jackson forward fold. I will have no hesitation in recommending both the staff and product from MDC Adelaide as both are excellent"
Drew, Adelaide SA

"We love our Camper Trailer!
"

"So easy. We went online and had a look at all of the camper trailers available and where so happy with the quality and ease of MDC trailers. All of the products on offer, are of a high quality and we couldn’t be happier with our Jackson forward fold."
Melinda, North West QLD

"Mark was a pleasure to deal with and was so accommodating to all our needs and questions. This was our very first Camper Trailer & everything about it exceeded our expectations. We looked at just about every camper on the market, and none could really compare to MDC."
Cat, Kilsyth VIC

"Ordered in Sept picked up Oct. Got a few unexpected upgrades,which was great, bigger gas bottles, bigger tank. Plus the new solar panels. We have just been away for 2 weeks and only issue was hot water system not firing up. But we will sort that out soon as it did work last time. We have been given the personal mobile of the Country Comfort representative to ring.
"
Sandy, Kenwick WA

"We have bought a Jackson Forward Fold about a year ago - and loved it every trip so far. Easy to set up (and close again), comfortable and allows us to get almost everywhere. During our last trip (mostly off-road) we did unfortunately have an issue with the water tank, but the MDC customer service team was excellent (helpful and quick in replying) and all (interim repair and new replacement tank) covered under warranty."
George, McLaren Vale SA

"Purchased this camper in 2017, and it has been a dream. Service has been fantastic and the Jackson has provided many holidays for our family, without any issues."
Peter, Tullamarine VIC

"Our jackson forward fold is awesome
"

"We bought our camper 18 months ago our first big trip was to Birdsville ,winton , long-reach and back to Darlington point we had an issue with wheel alignment but when we got home mdc couldn't be more helpful.We have since done another trip to Birdsville to port auguster to home again and am as happy as a pig nothing broke and we did some hard driving along some horrible roads they were so different to the year before .Well worth the money and a great camper and many more camping trips in front of us cant wait til we take it out again .Good on you mdc and vaughan and staff bloody awesome"
Foxy, Sydney NSW

"Bought a Soft Floor through MDC 5 years ago and it had held up well. 12 months ago we upgraded into a Forward Fold. My 2 year plan will be to upgrade into a MDC van. Would highly reccomend."
MackLiner, Newcastle NSW

" am now on my second MDC both have been second to none as has been the service, just done 5300klm on out back dirt roads in my Jackson FF not a bit of dust/water in the camper. Great stuff MDC, I will be ordering my third from you"
Corey S, Sydney NSW

"Bought a Jackson forward fold from Brisbane store. The guys were a pleasure to deal with. Trailer arrived on time,Steve went through everything with me on pick up and showed me a few little tricks. I'm on Moreton Is as I speak,it's been raining for 2 days and not one bit of water in the tent. Everything is well thought out and good quality. Big thumbs up MDC. Thank you.